Samuel Lanham Award for Extraordinary Service to the UWPIAA

This award is presented to a Board of Governors member who has made contributions to the UWPIAA, in multiple categories, over multiple years, and benefitting a broad spectrum of alumni. This year’s honorees are Zan Diener and John Parker. 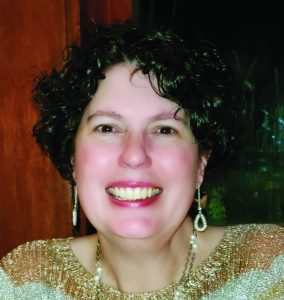 For the long-standing and continuing contributions to the UWPIAA, and especially to her fellow alumni, Reunion 2022 celebrated the significant accomplishments of Zan Diener (’91-E) by naming her a recipient of the Sam Lanham Award for Extraordinary Service to the UWPIAA. “She is a force of nature!” It is with these words that Cyddia Rodrigo (’65A), a fellow LA alum and Reach Out Alumni Assistance Network (Reach Out/ROAAN) past president described Zan. She continued, “Zan impressed me [from the beginning] with her passion, enthusiasm and creativity.” Zan is perhaps best known for her efforts with Reach Out. This UWPIAA affiliate helps fellow alumni worldwide in their greatest time of need with issues like homelessness, joblessness, and emergent medical conditions. Reach Out has provided emergency assistance to alumni victims of wars and natural disasters such as hurricanes and wildfires. From 2006 – 2012, Zan served as a Reach Out board member, secretary, treasurer, and for the last decade as president. Under her leadership, a significant innovation for Reach Out was the establishment of a Care Network of more than 350 global alumni ready to aid alumni in need with one-on-one assistance through research, support, and expertise that seeks out assistance even beyond that which can be provided by Reach Out itself. Steve Colwell (’65A) stated, “As a long-time board member of Reach Out, I have witnessed first-hand Zan’s energetic, capable leadership in coordinating life-saving, financial, and social help for 50+ alumni to date. In addition to her overall leadership, she has used her considerable marketing skills in designing and running annual fund-raising efforts for the program.” Colwell concluded, “If leading Reach Out were her only contribution to the IAA, she is more than worthy of this award.” Zan’s most recent contribution to the IAA was her leadership of the UWPIAA’s Future Committee. At first, as co-chair and then as sole chair of the committee, Zan led the committee’s 19 members from 4 continents and 9 countries through the development of a plan for the future that charts a path for a more engaged alumni body, as well as moving the IAA into the creation of programs that will engage alumni in the UWP spirit today and well into the future. As testament to Zan’s team’s vision, as well as her diplomatic and organizational skills, their concepts were met with unanimous board approval. Beyond these two significant endeavors, Zan has been active ever since the conclusion of her year on-the-road with UWP. She has served as the ’91E Cast Rep for 30 years, during which time she single-handedly tracked down virtually ALL of her castmates. She and her husband Larry have been a host family many times when casts have visited the Los Angeles area. She has served on the Board of Governors or one of its committees since 2014. Zan made significant contributions to the UWP 50th Anniversary celebration in 2015 in Orlando. She was an active member of the Journey committee which led to the best historical display of UWP history through video, photos, and memorabilia. She was the Era Chair of the Journey committee for the ’91-’95 cohort group and created the 50th Anniversary website that was used to provide information and keep folks abreast of all events. Not one to speak of her own accomplishments, Zan did share the following “fun fact”: she observed, “A funny ‘only UPPIE’ tidbit is that the only other ZAN I know of is also an UPPIE; also lives in SOUTHERN CALIFORNIA; is also married to a LARRY ; and also drives a MIATA!” That said, for the Reunion 2022 Samuel Lanham Award, Zan Diener is the one we acknowledge and congratulate. Zan has served and supported alumni in a variety of other capacities and roles including as President of the UWP SoCal Alumni Chapter, co-organizing both a hurricane Katrina benefit concert and an alumni book-signing and concert for “A Song to the World”, and of the WorldSmart initiative in Los Angeles in the mid-2000s.

To support Reach Out and UWP alumni helping UWP alumni: 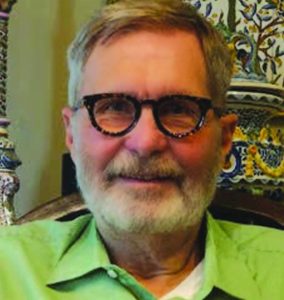 The Up with People International Alumni Association (UWPIAA) was founded thirty-four years ago. The person primarily responsible for its establishment was John Parker. He is one of the recipients of this year’s Sam Lanham Award for Extraordinary Service to the UWPIAA. While most alumni names are further designated by the year and the cast with which they traveled, such is not the case with Parker, who traveled from 1965 through 1976 with virtually every cast over those years. As such, Parker was a significant contributor not only to the early days of Up with People but later to the founding of the UWPIAA. Bill Becker (’87A), UWPIAA president from 1999-2001 observed, “John’s steadfast commitment to both Up with People and the UWPIAA has been an important part of each organization’s longevity.” For Parker, it all began when his travel with UWP began. Recollecting on his travel in a cast, for Parker a most impactful experience was “singing across the barbed wire that divided East and West Berlin to people who waved from their windows on the other side while Communist soldiers armed with guns stood between.” Parker was not only personally affected by his travels with UWP, but he impacted others with whom he traveled. “John had a quiet expectation for all of us in the high school cast that we would always be the best that we could be,” recalls Pat Berry Glassner (third president of the IAA), speaking of her cast director. He had expectations that we would take, “. . . our class work seriously . . . personal ownership for the quality of our show . . . the mantle of leadership in the future.” Glassner saw this reflected in Parker’s actions decades later when, “John came crashing back into my life [spearheading] an effort to create a separate, autonomous alumni association to support Up with People, and develop a community that could bring alumni together for networking, sharing and celebrating our experiences. John was tireless in his pursuit of something that would be beneficial to both UWP as well as alumni around the world.” And thus, with Parker’s leadership and the contributions of other founding members, the UWPIAA was established in 1988 as an independent 501(c)(3), an organization dedicated to a vision is to inspire vibrant multi-generational and global alumni to be instrumental in perpetuating the mission and vision of UWP. “John has not wavered in over 35 years of the organization’s existence,” observed Becker. “He was an invaluable coach to many other presidents of the Alumni Association. He has stepped up with his time, his resources, and together with his wife, Ann, has made an indelible mark in both the UWPIAA and Up with People.” Dave Martin (’68C), who also traveled in the early years of UWP reminisced that after being out of touch for many years, “one of the first names I heard [when I joined the association] was ‘John Parker’. His commitment to keeping the alumni close and involved has been, and continues to be, amazing.” “For John, the creation of the IAA was not an end to which he aspired,” said Paul Woidke (’69B), a former UWPIAA president. “The IAA is the beginning point by which tens of thousands of alumni not only appreciate the collective “hug” that occurs during the annual reunions but is an organization that energizes . . . and re-energizes us as we live the ideals, the vision, and the principles of the original UWP purpose.”